The relationship between Switzerland and the European Union is complicated. To me, the biggest problem is the lack of democratic legitimacy of European regulation when compared to Swiss laws. Switzerland has a wide range of ways for the public to participate in the creation of new laws and regulations. These include meaningful public consultations, frequent votes, and the possibility to launch referenda, either with completely new ideas or to force the government to have a public vote on a topic of interest. In contrast, the European Union does not offer its citizens any means of direct democratic participation besides the toothless "citizens initiative" that is generally treated with great disdain by the commission. I find the lack of democracy in the European Union problematic and therefore financed a survey to find out whether others share my concerns. And indeed they do!

The report can be downloaded from GFS. Also, NZZ am Sonntag writes about it. While 90% of the Swiss are happy with their political system, only half of the 4000 surveyed citizens in Germany, Austria, France, and Italy are satisfied or somewhat satisfied with the political system of the European Union. 75% say that the European Union should introduce more means of democratic decision taking, a very clear verdict. Also, when testing different political outcomes, Switzerland scores better in every single one of them. Here is a chart showing whether the Swiss think Switzerland is solving particular problems better or the European Union. Orange means "Switzerland solves this better", blue means "the EU solves this better". Pink is neutral and grey is "no answer". 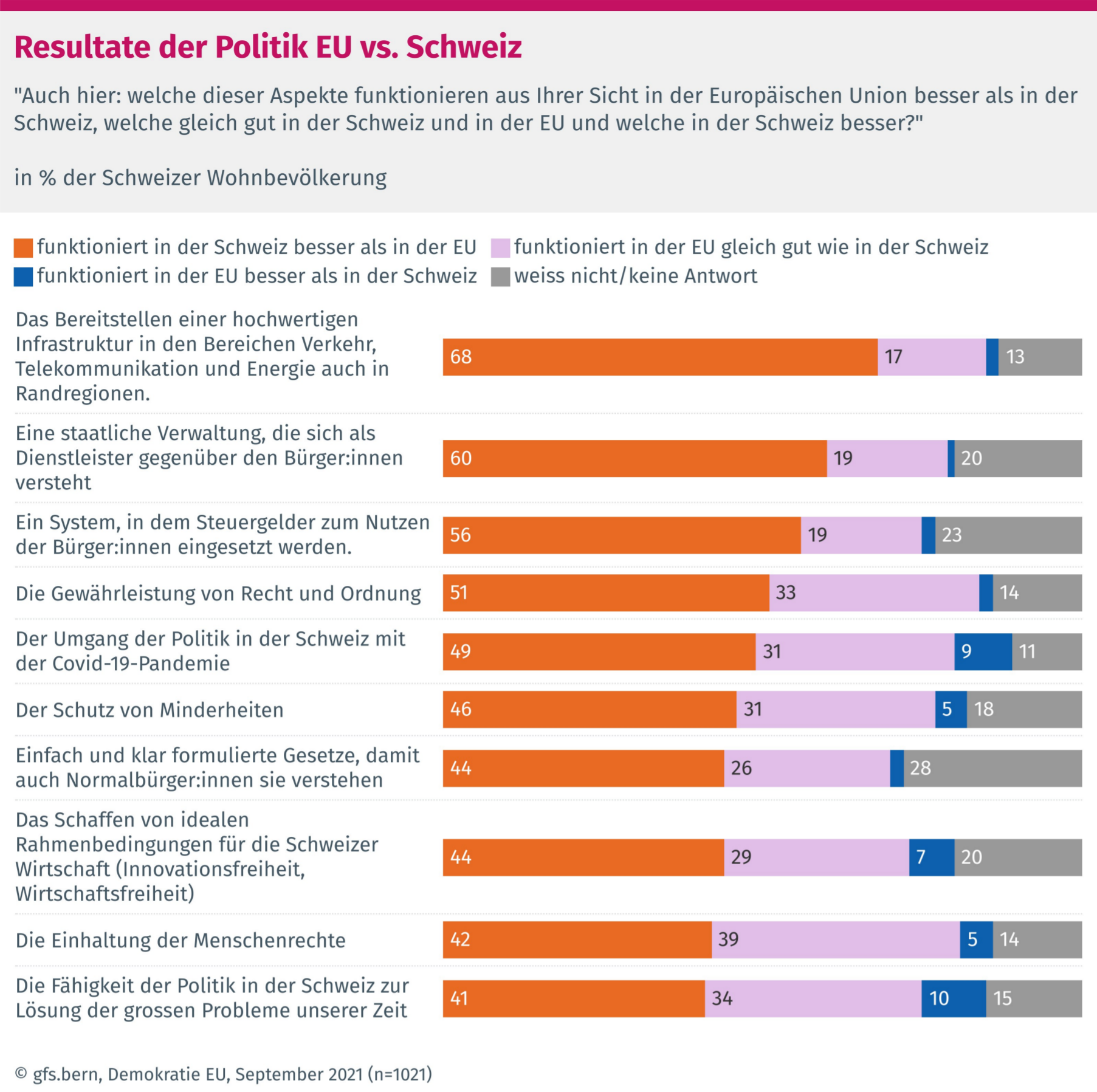 Apparently, the Swiss think that Switzerland's system yields a better outcome in every tested dimension. These are the provision of infrastructure, a service-oriented administration, the meaningful use of funds, law and order, Covid-19 policies, the protection of minorities, clear and simple laws, good economic conditions, human rights, and the ability to solve the big problems of our time. Interestingly, when asking Germans, French, Italians and Austrians, the picture looks very similar. The outcome is less accentuated, but still they would prefer the Swiss outcome in each of these dimensions over the policy outcome of the European Union. 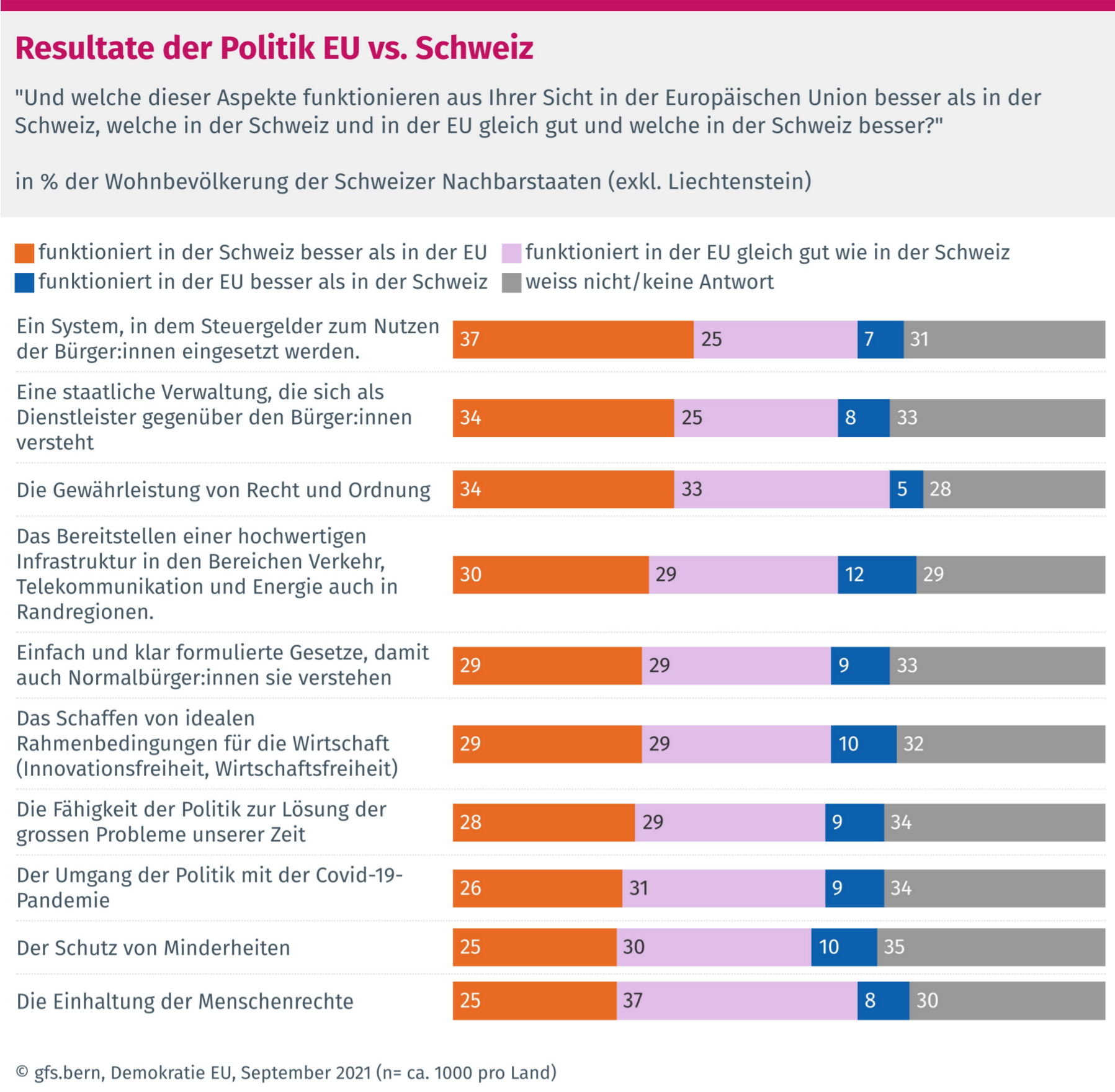 Given these results, we Europeans have to ask ourselves: why can't the European Union become more like Switzerland? It looks like the citizens would clearly welcome more means of democratic participation at the EU-level. I believe that Switzerland should condition the application of EU regulations in Switzerland on these regulations having passed the tests of democratic legitimacy, including the possibility to have Swiss-style votes. If the commission says no to that, it will become very clear that the commission is not representing the interest of its own citizens.